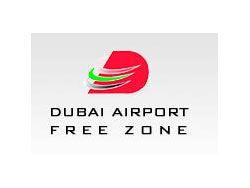 April 15- Dubai Airport Freezone new investments grew an impressive 55 percent in the first quarter of 2010 compared to the same period last year.  Shaikh Ahmad Bin Saeed Al Maktoum, Chairman of Dubai Airport Freezone, said expansion was led by 16 European and American companies who have increased their activities in the region as they search for new markets.  He said “This strong 55 percent growth in investments is a natural result of the increase in the number of new companies registered in the first quarter. In addition, existing companies at the Freezone expanded by 38 percent in their premises space.”

Shaikh Al Maktoum said Dubai Airport Freezone contributed 2.2 percent to Dubai’s GDP last year and this is expected to grow as the number of companies increase and major international companies make new investments in order to gain a foothold in the Middle East and Africa region.

Located along the Grand Canal, this beautiful Gothic palace was constructed in 1434 by Marino Contarini for his wife. To express his love for his wife, he literally created a "Golden House" as the palaces marble traceries and ornaments were embellished with pure gold. Ca' d'Oro palace again became a gift of love when a 19th-century Russian prince presented it to Maria Taglioni, a famous classical ...

Tehran isn’t too child-friendly overall but there are a few activities that would amuse and entertain the kids. There is the Tehran City Theatre which showcases performances of traditional Persian dances and plays that both children and adults enjoy. Performances are normally advertised in street signs and English language newspapers. Tehran has many beautiful parks and is one of the gr...