Doha airport to be completed by 2011 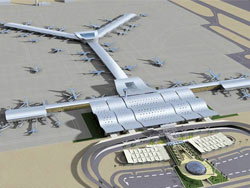 May 18 - Doha's new international airport, built at an estimated cost of $14 billion, will be completed by the end of 2011, said Qatar Airways CEO Akbar al Baker has said.

Baker said that the main terminal structure as well as runways are ready and the airport will have a capacity of 24 million passengers in the initial opening phase.

Talking to reporters at the Bahrain International Travel Expo (BITE), Al Baker said that the airline was committed to continued investment in new aircraft, new routes and improving airport infrastructure. “Apart from new aircraft and new routes, we are also investing in the existing airport infrastructure in Doha to cope with the growth of the airline as we eagerly await the opening of the city’s new airport,” he said. 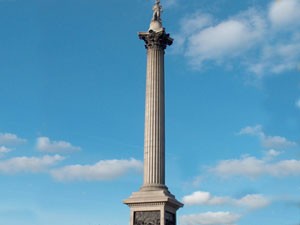 Yet another of London’s iconic landmarks, Trafalgar Square is situated at Charing Cross, London’s most important intersection.  The square gets its name from the 1805 Battle of Trafalgar.  For the British, the victory over Napoleon’s forces was simultaneously flawless and Pyrrhic.  Not a single British ship was lost, compared to 22 French/Spanish vessels.  The b...

This is an important site for Thai locals. Dating back to the 1200s the image of Buddha is spectacular. This 10 foot statue weighing in at over 5 tons consists of solid gold. The story of its discovery is a famed legend that when it was found it had been covered with plaster, probably to protect it being sacked by foreign invaders. Beneath the plaster was this fantastic statue of gleaming gold. ...

Lying on the east side of Al Ain Oasis, the National Museum brings together the remnants and illustrative findings from the Stone Age until the early days of the United Arab of Emirates.  This museum is a perfect destination for those who are interested in a profound understanding of the cultural life of the region’s past. The National Museum exhibits old versions of Holy Quraan, and manuscripts ...