Chief Operating Officer for Al Jabber Engineering and Contracting said yesterday they won a Dh3.4 billion contract to build Concourse 3 at Dubai International Airport.  Fatima Obaid Al Jaber said they signed the contract on Monday and the execution period is 2 ½ years.  Concourse 3 is scheduled to open in 2011, boosting the airports passenger capacity from the initially planned 70 million per year to 80 million per year.

Previously a joint venture led by Al Habtoor Leighton withdrew from the Concourse 3 saying the partners could not agree on terms. 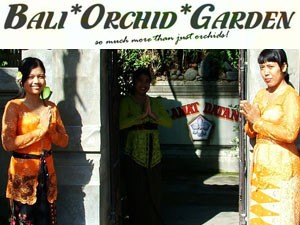 A private garden about a hectare in size, it is open to the pubic for individual or group tours. Here you can tour the beautiful gardens full of different varieties of orchids as well as buy souvenirs flower boxes to take home, flower arrangements and cut flowers. A must-visit for all horticulture aficionados Timings: 9am to 6pm PT. Anggrek Anyar, Jalan Bypass Tohpati, Kusamba 1 Denpasa...