Abu Dhabi Airports Company (ADAC) announced the number of passengers passing through Abu Dhabi airport in January 2010 compared to January 2009 increased 11 percent to 903,000. Officials attribute the increase to world class conferences and exhibitions being held in Abu Dhabi, like the recent World Future Energy Summit.   There was also a 25.6 percent increase in cargo during January, driven by a large volume of cargo sent to Haiti.  London continued to be the busiest destination for the airport in January, followed by Bangkok, Doha, Manila, and Bahrain.

Ahmad Al Haddabi, senior vice president of Airports Operations at ADAC said “by demonstrating a 7.3 percent growth, the results of the first month of 2010 show that demand for air travel to and from Abu Dhabi is returning to double-digit growth figures.”   Al Haddabi said ADAC is encouraged by this pace of expansion, and continues to enhance airport services and terminal facilities for all airline partners.

Lord's is the home ground of the Marylebone Cricket Club - MCC is the world’s most active cricket club, the owner of Lord’s Ground and the guardian of the Laws of the game. Lord's is the cricket stadium which every cricketer cherishes to play in. Until 1993, MCC also held the responsibility of governing world cricket but this was relinquished to the International Cricket Council which took over ... 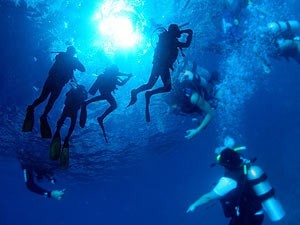 Interestingly, the locals have no interest in scuba diving but the expats and tourist are drawn towards the diving range which are around 1 hour out to sea by a speedboat. Since the Red sea’s temperature drops to 22°C, it is advisable to wear a 5mm wetsuit with a hood to proctect oneself fro the chilly winters. Desert Sea Drivers Phone: 966-2- 6561807 Price: SR150 Service: Gear rental...