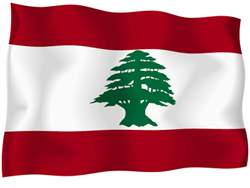 July 8 - Tourism Minister Fadi Abboud on Tuesday kept up his campaign to improve Beirut’s Rafik Hariri International Airport. The minister, who paid a surprise visit to the airport, expressed his displeasure over the failure of officials to ban smoking in the lobbies despite his numerous calls to do so.

Abboud also expressed his discontent over the failed attempts to set up a special office for taxi drivers at the airport so that drivers would be obliged to abide by fixed taxi rates.

Many passengers have complained that most of the taxi drivers charge exorbitant rates – and in some instances the rate can reach as high as $100 per passenger.

“The Cabinet headed by Prime Minister Saad Hariri has unanimously agreed on a plan to organize the taxi business at the airport and to set up a special office for these drivers. But unfortunately nothing happened,” Abboud said.

He also urged security personnel and all the staff at the airport to smile when they receive passengers. Despite his criticisms, the minister was upbeat about the prospects of booming tourism season this summer.

He added that over 15,000 passengers are using the airport every day.

Topkapi Palace was the primary residence of the Ottoman sultans from 1465-1856.  Construction began in 1459 under orders from Sultan Mehmed II, the conqueror of Constantinople.  The palace was built on the original site of Byzantium, on top of the old Greek acropolis.  Upon its completion, Topkapi Palace became the political center of the Ottoman Empire.  As the empire continued to expand, so did ...