April 8 - Kuwait-based Wataniya Airways, has announced that it will start flights to Rome from May 31. The thrice a week flights will take off from Sheikh Saad Terminal to Rome's Leonardo da Vinci Fiumiciano Airport on Mondays, Wednesdays and Fridays.

This is the airline’s 11th destination and second European city after launching a flight to Istanbul earlier.  Speaking on the occasion, Abdulsalam Al Bahar, Chairman and Managing Director of Wataniya Airways, said: "We have chosen Rome to be our second European destination and we are delighted to provide our guests with a new travel option allowing them to live the Wataniya Airways experience when they travel to one of the most attractive and most popular cities in the world." 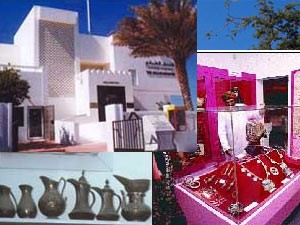 This museum is delightful, more so because of the spectacular view that it affords of the surrounding city and sea. Omani architecture and other relics are showcased here. The exhibits include stone jewelry, stone farming tools, stone tombs and soapstone, some of which date back to pre-historic times. Timings: Saturday- Wednesday 9:30am – 1:30pm; Thursday 9:30am – 12:30pm, closed Friday Ad...