Wataniya has four Airbus A-320 aircraft and will receive a fifth one later this month. Two more will be delivered this year. Kuwait’s national carrier, Kuwait Airways, will be privatised soon.

The Science Museum was founded along with the Victoria and Albert Museum in the wake of the Great Exhibition and is part of Great Britain’s National Museum of Science and Insustry.  It did not become an independent entity until 1909.  The current building, known as the East Block was constructed between 1913 and 1928. The museum has a collection of more than 300,000 objects, which depict the... 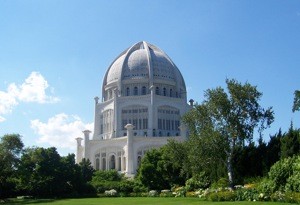 Technically located just north of Evanston in Wilmette, the Bahai House of Worship is the oldest Bahai house of worship in the world, and the only one in North America.  The land was purchased in 1908 with Bahai contributions from around the world.  The cornerstone was laid by Abdul-Baha himself in 1912, but construction did not begin until the 1920s.  It was a protracted process, a...

the largest, and arguably one of the most famous squares in Berlin. It historically had markets so was an important square for many centuries. In World War II, almost all of the area was bombed but it has been beautifully restored. All public transport lines now have stops here and the TV tower rises up from the center. The Fernsehturm (or TV asparagus, as the Berliners call it) is 368m tall and h...

Located right in the center of the city, and dominating the buildings of the old town, the Cathedral is Geneva's oldest and most marvelous architectural heritage. Construction began around 1160, and took over four centuries to complete. Climbing the 157 steps of the north tower gives you breathtaking panoramic views of the entire city. The basement contains an Archaeological Museum that contains a...