June 3 - Kuwaiti airline Wataniya Airways launched a service to Vienna on Wednesday. The service will operate three times a week on Wednesdays, Fridays and Sundays, said an airline official.

Vienna is the carrier’s 11th destination and its second European destination launched since the airline began operations in January 2009.

An architectural beauty, this palace was built in the 20th century for the famous Cretulescu family of Bucharest. The palace is now visited for its history presence and the artistic architectural designs by Petre Antonescu (1873-1965). If you are short on time, have a look at the palace at least from the outside to get a feel of its beauty.          &nb... 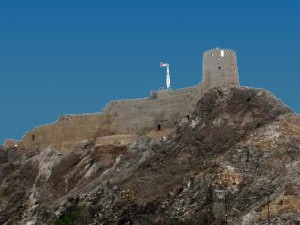 This fort is yet another legacy of the Portuguese occupation of Muscat dating back to the latter half of the 16th century. While the fort is closed to visitors, it is a wonderful photop opportunity and is within view from the Mutrah Souk and Corniche. Timings: Daily Admission: none Address: Mutrah Harbor Tel: none ...