Kuwait’s premium airline, Wataniya Airways, is celebrating the first anniversary of its Beirut service, sources told journalists on Wednesday. “We are delighted to celebrate the first anniversary of Wataniya Airways flights to Beirut. Our route has served Lebanese people living in Kuwait who travel on a regular basis, as well as thousands of Kuwaiti travellers who have a special relationship with Beirut and have travelled throughout the past year to Beirut for leisure or business purposes. We will continue to welcome the growing demand of travellers flying to Beirut, and we are looking forward to welcoming more guests when we bring three more of our class leading Airbus A320 aircraft into service later this year,” said Abdulsalam Al Bahar, Chairman of the airline.

Wataniya has a fleet of four custom-made A320 aircrafts and more will come later in the year, thus increasing the fleet size to seven.

Set beautifully in the midst of bushes and grass, Baneasa Lake is a good site to visit if you’re planning a picnic and lazy day in Bucharest. The place is well kept for people who visit the lake area regularly for quite walks or to let children play in the adjacent grass lands.                    ... 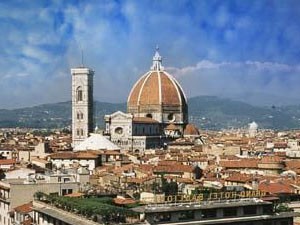 In the San Nicholás barrio stands the majestic Teatro Colòn, the opera house. It is a beautiful building and if you get the chance to see a performance, go for it by all means! The Renaissance-style building, designed by Italian architect Francisco Tamburri, has seen dancers like Vaslov Nijinsky and Anna Pavlova grace the stage. Bernstein, Strauss and Stravinsky have conducted here and Melba, Caru...

As you may have noticed, Jordan is a car culture.  It's no secret that Jordan's King Abdullah II is a car lover.  So was his father.  The Royal Automobile Museum displays the car collection of the royal family.  Middle Eastern royalty might conjure images of gleaming Lamborghinis and other exotic super-cars, but the collection here is actually pretty diverse. Nearly all th...