Kuwait National Airlines said on November 23 that it will list the shares of Wataniya Airways, its full service luxury airline, on the Kuwait Stock Exchange on December 15.

The company's listing on KSE would be managed by Kipco Asset Management Company, or Kamco. KSE raised 500 million Kuwaiti dinars in an initial public offering (IPO) in 2006.

Wataniya Airways plans to start operations in February 2009 with Dubai as its first destination. The airline said it would operate two flights a day from Kuwait to Dubai from the new Royal Terminal in Kuwait.

"Dubai is the ideal first destination given the high volume of business and leisure travel to the city and, in the coming weeks, we shall be announcing further destinations to come on stream before the end of February," said George Cooper, Wataniya Airways' Chief Executive Officer. 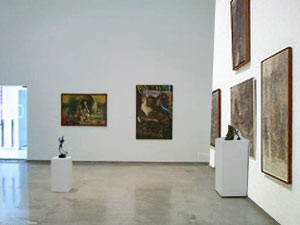 Located right next to the Museum of Natural Sciences, the National Art Gallery contains four centuries of artwork from all around Venezuela, housing over 400 individual samples.                     ...

Address: Nazar Street, Jolfa neighborhood Timings: 11am to 5pm Tickets: IRR 10000 Also known as the Kelisa e Bait ul Lahm, this church houses marvelous frescoes with catchy themes in black and gold depicting scenes from the bible. The place contains the largest church dome within the Jolfa area, and its internal treatment is also a sight to behold – swirling motifs and a fresco cycle lin...