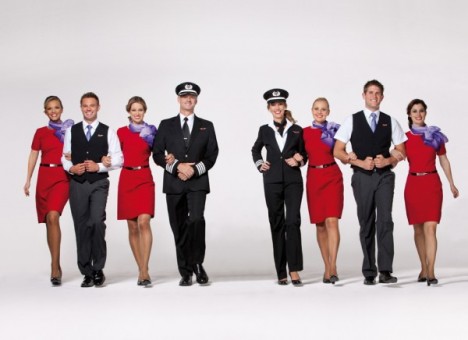 Virgin Australia’s cabin staff will be taking part in an etiquette program branded Elevate to improve their posture, language, and knowledge of wine and food.

The crew have also been asked to stop calling passengers “mate” unless the individual customer has specifically requested it in documented form as a member of the airline’s frequent flyers program.

According to the Sunday Telegraph, one flight attendant revealed that the course was about modifiying the staff’s sexualized image, “they want us to get away from that ‘sex’ look that’s been attached to the company,” she said.

Virgin Australia is aggressively looking to attract business passengers away from rival Qantas. Other changes, such as dropping business fares by 25 percent were announced yesterday by Virgin’s Australia’s CEO John Borghetti.

Virgin’s airport lounges are also going through a makeover. At Melbourne airport, the pool table has been replaced with baristas and a buffet designed by Sydney celebrity chef Luke Mangan.

This is not the first time a Virgin airline has put in place a training program aimed at improving crew-passenger relations.

Earlier this year it was reported that Virgin Atlantic had hired a “whispering coach” to teach business class crew to talk at a volume of between twenty and thirty decibels.

Virgin Australia, established in 2000, is the second largest airline in the country in terms of passenger numbers.

The Promenade in East Tsimshatsui is the best place for a leisurely walk and for great views of the harbour. ... 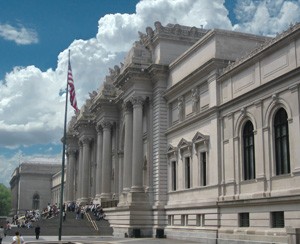 The Metropolitan Museum of Art, commonly referred to as the Met, is a world class museum.  First opened in 1870, it has one of the finest and most comprehensive art collections in the world, with over 2,000,000 pieces.  The Met is the most visited museum in the United States and one of New York City’s most popular attractions. The museum is split into 17 curatorial departments, and ...