The UAE will host the three day “Low Cost Airlines World MENA 2009 Conference” from October 12 to October 14 2009 in Al Ain.  The event is being sponsored by the Abu Dhabi Airports Company (ADAC).  Aviation industry specialists from the Middle East and around the world will meet and discuss new routes and ways of increasing revenues.

Sharjah based Air Arabia was the first low cost carrier (LCC) to launch in the Middle East – in October 2003.  Jazeera Airways followed, then Sama Airlines, Nas Airlines, and flydubai in June of this year.  LCC’s in the MENA region have been benefiting from a large cost-conscious expatriate population, airport expansion plans, ideal geographic location and large amounts of available liquidity.  The International Air Transport Association projects a $4.7 billion loss for the global air transport industry, but MENA may be the only region to have a positive demand growth – of 1.2 per cent for 2009. 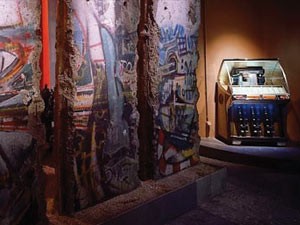 this multimedia presentation gives a good background to the city and is recommended if you are not one for reading. Open daily 10am-8pm, Telephone: 887 20 100. Admission is about €10 per person but cheaper fares for groups can be sought. Very clear and informative  ...

Old Medina is a small traditional walled town in the north of Casablanca containing an extravagant labyrinth of lanes. Wander through the bustling streets and watch the never-ending spectacle of barbers, butchers, grocers, ironmongers and their throng of customers.                    ...