Tunisia’s national airline, Tunisair, launched a direct Djerba-London route on Friday with the first plane landing at the Djerba airport. The flight had 90 passengers onboard, including journalists, diplomats and tour operators' representatives.
Flights to London will operate twice a week, Monday and Thursday and a plan has been formed to ensure that British guests have a pleasant stay in the Djerba Island. Around 300,000 British tourists come to Tunisia each year and is ranked among the 10 best destinations of choice by the same. 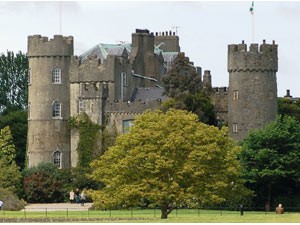 Plaza (palace) of the government has been home to the Prime Minister, Finance Minister and the Foreign Ministry ever since the Independence of Tunisia. The place is worth a visit with its nicely trimmed gardens and the dominating building amidst them. To the west of the Plaza is the Mosque of Kasbah built in the 13th century with square shaped minarets that beautify the place. On the other side of...