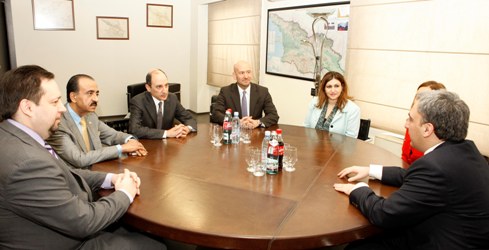 Tbilisi, GEORGIA – Qatar Airways has been in talks with the government of Georgia on ways to help boost tourism to the South East European country.

Mr. Al Baker said the government of Georgia’s emerging tourism industry, along with infrastructure developments and high-potential business opportunities were key factors leading the airline’s decision to begin flying there.

“Georgia is an underserved market and we are very proud to be the first Five-Star airline to begin operations to Tbilisi.

“The business ties between our two countries, as well our close proximity makes us an ideal partner to promote all that Georgia has to offer.

“Mr. Gilauri has big plans for his country, including a planned global tourism campaign to ensure Georgia continues to thrive, develop and attract visitors from across the world.

“Qatar Airways’ new route was highlighted as a key enabler to help shape this vision into a reality and I look forward to us continuing to work together in the future,” said Al Baker.

As part of its 2012 expansion programme, Qatar Airways launched flights to Tbilisi (Georgia) via Baku (Azerbaijan) on February 1.

The carrier will launch flights to a further seven destinations this year – Kigali (Rwanda) from March 21; Zagreb (Croatia) from May 9; Perth (Australia) from July 3; with dates yet to be announced for other new routes – Mombasa (Kenya), Zanzibar (Tanzania), Helsinki (Finland), and Gassim (Saudi Arabia).

Qatar Airways currently operates a modern fleet of 104 aircraft to 112 key business and leisure destinations across Europe, Middle East, Africa, Asia Pacific, North America and South America. Last year was a landmark 12 months for Qatar Airways, which inducted 15 new destinations to its network, and won the coveted Skytrax Airline of the Year Award. 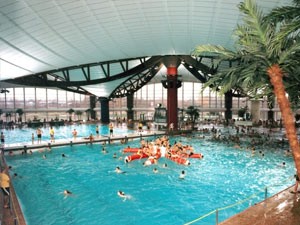 An indoor facility that contains swimming pools and plunge pools for adults, children and non-swimmers alike, Panoramabad is a good place to be if you are travelling with children and want to accompany them for a fun and engaging activity. Opening times are 6am-8pm Monday, Wednesday-Saturday, 6pm-9pm Sunday. Address: Inheidener Straße 60     Frankfurt HE 60385, Germany Phone:  +49 69 46...

The neighborhood contains multistoried residential buildings, some of which have been standing for more than four centuries. Constructed out of local basalt stone and ornamented with intricately carved friezes and moldings, the facades of these houses form a continuous, harmonious urban fabric that can, when viewed at a distance, generate a splendid skyline as a backdrop for the modern city, and, ... 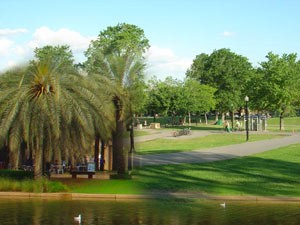 A small but popular evening gathering point for local residents. This park contains a large playground with facilities for soccer, tennis, volleyball, badminton, and baseball, and a swimming pool for children.  It's located at the northern base of Mount Royal. ...