Ticket prices to remain the same

The prices of plane tickets will not increase after the reopening of European airspace, said top industry personnel in the UAE. However, several airlines are charging two to three times the normal fare to European cities. For example, the ticket for KLM is costing Dh10,125 while another one for Lufthansa is Dh7,050.

Meanwhile, Emirates President Tim Clark said the carrier will try to maintain prices after the situation gets better. "We're not here to take advantage of the situation… We've always managed to get back in good shape," he said.

Etihad Airway’s bookings could not be made online. According to a statement issued by the carrier yesterday, the airline has resumed flights but its not fully operational yet.

London is a very child friendly city. When visiting London, you will see that there are enough places and activities to keep you and your children busy. Some of the places that you can take your children to while in London are: V&A Museum of Childhood The national museum of childhood is a branch of the Victoria and Albert Museum. The museum has an extensive toy collection that comprises ...

The United Center is hallowed ground for basketball fans.  It was here that the legendary Michael Jordan finished his career.  He actually began his career and accomplished his first three-peat across the street at the beloved Chicago Stadium, which has since been demolished.  The United Center opened in 1994, just in time for the Bulls' second three-peat.  It is the largest ar... 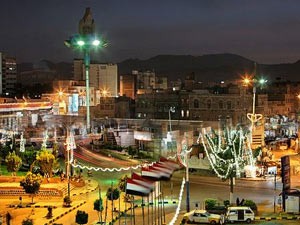 The main public piazza of the city, this square acts as an intersection between two of Sana'a’s major urban districts. It is consequently lined with eateries and shopping outlets, features a mesmerizing fountain in the center, and is a popular hangout space for residents of the surrounding neighborhoods. In addition, the square also acts as the city’s cultural center – it contains 3 major museums ...