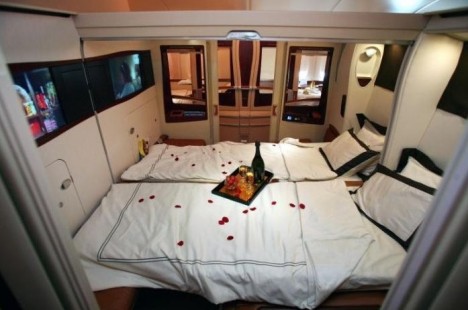 Singapore Airlines has said it plans to introduce revamped seats and cabin interiors with an upgraded in-flight entertainment in a bid to stay ahead of Asian and Middle East rivals in the premium travel market.

SIA is regarded as a trendsetter in aviation and is famous for its cabin service, but rivals like Cathay Pacific in Asia and Etihad, Emirates and Gulf Air from the Middle East have been closing the gap while offering lower fares.

It said Tuesday it has hired BMW Group subsidiary DesignworksUSA and James Park Associates, two renowned design companies, to develop “next generation of inflight cabin products” slated to be introduced next year.

The changes will include revamped seats, redesigned cabins and upgraded entertainment platforms as new planes from Boeing and Airbus begin arriving.

Emphasis will be on first and business class which generate the bulk of its revenue but the airline said it will not overlook its economy class which will offer improved seat and headrest comfort.

New Boeing 777-300 ERs are expected to enter service in the second half of next year, followed progressively by Airbus A350s and Boeing 787s, the airline said.

But the airline said its current fleet, which includes Airbus A380 superjumbos, can also be retrofitted with the new designs.

“In this business, if you are staying still, you are moving backwards as your competitors can catch up quickly ,” said Tan Pee Teck, SIA’s senior VP for products and services. “It is therefore important to always be planning for the future.”

Analysts say the airline is being squeezed in the first and business class section by full-service carriers and in the economy class by low cost airlines.

“Relatively speaking, Singapore Airlines is losing its competitive edge in premium Asia travel not because it’s a bad airline, but because the others — like Emirates — are becoming so good,” said Jonathan Galaviz, managing director of Galaviz & Co which follows the global airline and tourism sector. 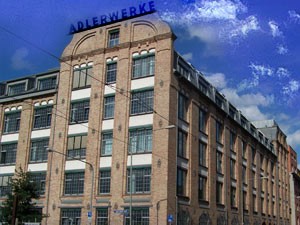 The Adler Company was formed in 1880 and specialized in high tech machines. Over the years the site was used to build fighter jets and was constructed and reconstructed to suit modern times. After the Second World War, the building was given up and later renovated to house artist studios, theaters, and offices. Presently located within the Adler building is Gallus Theater, advertising agencies of ...

Mumbai zoo is located inside the Veermata Jijabai Bhonsle Udyan Botanical Garden of Mumbai. Here you can see many rare and endangered species of birds and animals apart from tigers, lions, elephants, bears and many migratory birds as well as native birds. There are many species of plants as well.  There are over 3000 tress belonging to around 276 species. Some of the trees here are the ol...