Saudia To Get New Planes

Al Jazirah daily has reported that Riyadh based, state owned Saudi Arabian Airlines plans to buy 70 new aircraft of which nine will be delivered in the fourth quarter of 2009 and 21 in 2010. According to the airline’s Director General, Khalid bin Abdullah Al Molhem, the delivery of all aircraft will be complete by 2014.

This museum showcases a wide range of exhibits, including the props that were used in Hollywood films. Visitors are shown how the industry began with the silent film, and then moving onto the Hollywood Golden Era, to the technology used today and finally to the future of the industry. You also get a chance to see the whip used by Harrison Ford in Indiana Jones, as well as Marilyn Monroe's autopsy.... 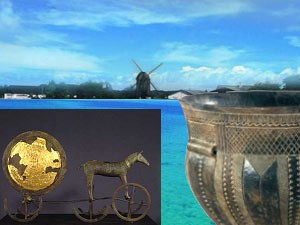 Formerly a windmill built in 1783, the Dutch mill was transformed into a museum which has an indoor restaurant called Bastionen & Løven. The interior of the museum depicts the ancient German culture with lofty ceilings and dangling chandeliers. Address: Christianshavns Voldgade 54 Website: www.natmus.dk                    ... 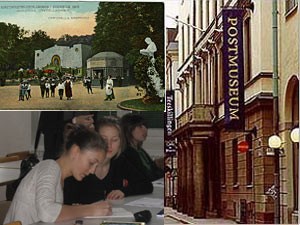 This museum, considered one the world’s best, is dedicated to more than 400 years of Swedish postal history. While the mere mention of a postal museum will elicit a not so enthusiastic response from most people, the museum will surprise and engross you will the thrills and adventures of Ms. Letter and Mr. Stamp. The museum also has a special section for kids in the basement where a children’s post...