March 22- Saudi Airlines has signed a deal with an affiliate of French investment bank Calyon to advise on an initial public offering of its catering company, it was learnt on Sunday.

The airline, one of the Middle East's largest carriers, launched a gradual privatization of its catering, cargo, maintenance, ground services and aviation services units to pave the way for a flotation of a stake in its core transport unit. In October, an airline official indicated that the IPO offering 30 percent of the catering unit would be held around the third quarter of 2010.

In July, a committee of Saudi Arabia's advisory Shura Council recommended an IPO for the airline, instead of selling off its units piecemeal. The airline has already sold to private investors a 49 per cent stake in the catering unit and 30 per cent of its cargo unit.

This consists of a private collection of thousands of pieces of art dating back to the Neolithic era. Treasures stored here range from gold goblets to intricate textiles, to bronze statues to entire rooms from Greek mansions in the 1700s. A new section of the Museum is the Benaki collection of Islamic Art.   Timings: Daily [except Tuesday] Address: 1 Koumbari Admission: 6 EUR Te...

The Khuzam Palace belonged to King Abdul Aziz bin Abdul Rahman Al-Saud and was converted into a museum in 1995. It contains six separate exhibits ranging from the pre-Islamic period to modern day Jeddah. 1. Hall of pre-Islam: It starts from the stone age until the pre-Islamic era, and displays a set of stone tools, pottery pieces and paintings from rock inscriptions and writings, as well as t... 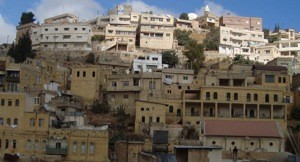 In an alternate universe, Salt is the capital of Amman.  It was the region's capital under the Ottomans and was slated to be the capital of British Transjordan before a disagreement precipitated the move to Amman.  Today it is a charming and ancient town 30km northwest of the capital.  The area is littered with Roman ruins and the town's citadel dates from the early thirteenth cent...