Sama Airlines Will Expand Its Fleet

Faisal Al-Duhaim said their fleet of seven B737 aircraft now serves eight destinations in the Kingdom and seven others in the Middle East.   Sama Airlines signed an agreement with Daihatsu, which was exclusively delivered in the Kingdom by Abdul Latif Jameel Co. 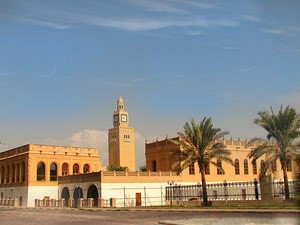 Officially known as the Amiri Diwan or "Al-Diwan Al-Amiri", Seif Palace is recognized as an emblem of Kuwait’s sovereignty. Al Seif Palace showcases a lot of the Islamic architectural culture and heritage, with the use of elaborate arches and traditional arabesque. The whole structure was constructed with locally available material and still stands strong today, despite the war and exten...

Smaller park than the Weiner Prater, but unique in its own way. Home of the Vienna Boys' Choir....

Irma Stern is arguably South Africa’s most celebrated artist. The museum opened in her house pays homage to her by exhibiting her work depicting African people and their lives the continent over, and her collection of African artifacts from the same region.   Timings: Tues- Sat 10 A.M- 5 P.M Admission: R 10 Address: Cecil Road, Rosebank Tel: 021-685-5686  ...