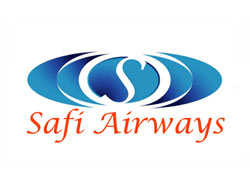 April 29 - Afghanistan’s national airline, Safi Airways, is hoping to double the number of destinations this year, said Claus Fischer, the airline’s Chief Commercial Officer. The expansion plans will be revealed in the upcoming Arabian Travel Market (ATM) slated to be held from May 4 to May 7. The airline is the first of its kind in Afghanistan to operate according to European Aviation Safety Agency (EASA) standards along with that of the International Civil Aviation Organisation (ICAO).
The airline began operations in November 2007 and hit ticket sales of 400 per cent in 2009. The airline currently operates to four destinations.

Antigua and Barbuda to showcase their co...