Royal Jet, the luxury flight services company with headquarters in Abu Dhabi, has taken delivery of a Learjet 60.

The L60 is an advanced version of the Learjet 55, with a longer fuselage and more powerful engines.

Royal Jet's President and CEO Shane O'Hare said, "The addition of the L60 is a direct result of the growing demand for Royal Jet's services".

The L60 will be utilised under Royal Jet's managed aircraft programme, by which the company uses and manages the aircraft when it is not required by its owner.

“Aircraft management is one of the easiest ways for an aircraft owner to reduce operational costs,O'Hare continued. He said the addition of the L60 supports the company's five year plan which sees the number of aircraft in the company's fleet expand to around 20. 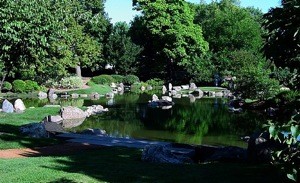 Jackson Park was designed by legendary landscape architect Frederick Law Olmsted in 1871.  It was the main site for the 1893 Columbian Exhibition, but little evidence remains as all the buildings have been demolished since.  Jackson Park was originally supposed to be part of a grand South Park, encompassing both it and Washington Park, connected by a canal running through the Midway Plai...