Royal Brunei Airlines has been appointed the Official Airline of the Royal Trophy - Europe vs Asia Golf Championship.

The Royal Trophy is an emotionally-charged and passionate competition played between Europe and Asia in a team match-play format, with the Asian and European golfing elite competing for the pride, honour and glory of their respective continents.

The Sixth Edition of the Championship will be held on 14 to16 December 2012 at the Empire Hotel & Country Club with two-time Masters Champion José Maria Olazábal and thirty-five-time tournament title winner Naomichi 'Joe' Ozaki as Captains for the European and Asian Teams respectively.

Royal Brunei Airlines Deputy Chairman, Mr. Dermot Mannion stated, "The Royal Trophy is one of the most prestigious golfing events in the world and it is a great honour for the airline to be part of this particularly special edition. We look forward to welcoming members and players from all around the globe to enjoy golf in the uniquely lush and tropical environment of Brunei Darussalam." 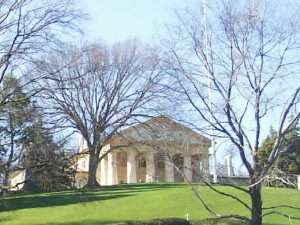 Robert E Lee lived in this beautiful home set high on the hills overlooking the Potomac river. His home and part of his 1110 acre property were confiscated when his wife fled after he left to command the confederate Army of Northern Virginia in the American Civil War. After the war, the family sued the federal government for reimbursement and received it. A fine blending of the styles of the Greek...