April 29 - Rolls-Royce, British engine maker, is showing caution despite the prediction venturing into aircraft programmes is going to double its revenues in the next 10 years. "Whilst we are seeing signs of stability and modest improvement in some parts of the global economy, the overall environment remains challenging," Rolls Royce Chief Executive John Rose said yesterday.
Shares of the company that have been rising in the last three months went down by 3.47 per cent, thus valuing the group at Dh61.39 billion ($16.80 billion). "We continue to expect underlying revenue, underlying profits and average net cash balances to be broadly similar to those achieved in 2009 despite a modest cash outflow in 2010," Rose said.
Rolls-Royce is the world’s second largest maker of aircraft engines after General Electric. Like other engine makers, the company has suffered delays in the production of new Airbus and Boeing planes, thus decreasing revenues. 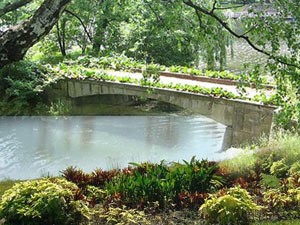 This club was once used by French colonists. It is shaded by trees and has a number of tennis courts, a swimming pool, a gymnasium and table tennis facilities. Early in the mornings, the art of thai cuc quyen [slow-motion shadow boxing] is practiced. Location: 115 Nguyen Du St, District 1                 &nbsp...