June 1 - The Directorate General of Civil Aviation is considering a set of regulations for the air transportation market in Kuwait to maintain relations between airlines and travel agents, said Deputy Director for Air Travel and Transport Affairs, Nabil Al-Zamel. He was speaking to reporters on the sidelines of the launch of the 2010 Boodai Travel Mart (BMT), organised by Boodai Aviation Group.

These regulations, said Al-Zamel, will safeguard the rights of passengers, pointing out that many bilateral and bloc agreements are being signed with different countries right now to enhance tourism in Kuwait. Since the implementation of the open skies policy in Kuwait in 2003, 93 agreements have been signed by Kuwait with other countries, the latest of which is the agreement signed with China.

Meanwhile, the Air Transport Association (IATA), said Al-Zamel, will hold a conference in Jamaica next month during which Kuwait will be signing various agreements.

Address: south of the Chili Sutun palace, city center, Isfahan Timings: 8am to 8pm Tickets: IRR 3000 A rather impressive geometrical monument that sits majestically amidst the beautifully landscaped Bagh e Bulbul (Garden of the Nightingale), the Hasht Behisht displays subtle influences trickled down from contemporary Timurid architecture. The pavilion was built by the Safavid ...

This is a landmark dating back to the Ottoman colonization of Doha. It was built in the 1800s. Originally this fort served as a prison. It was restored in the 1970s and since then houses a museum showcasing Qatari history.  Qatari paintings and arts and crafts are on display here. Exhibits include Bedouin handicrafts, gypsum and wooden ornaments, fishing equipment and boats, historical photos... 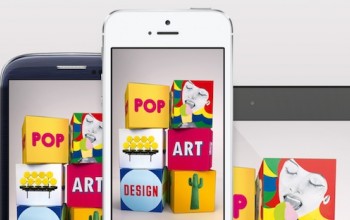 Roller coasters, ice skating ring  and  the Amazon ride comprising of life size figures of animals and waterfall and lagoon recreated is a must see affair for the family. Several restaurants are present catering to the taste bud of all ages.  ...