May 25 - The Royal Jordanian (RJ) received two new Airbus A330-200 aircraft this week. The new planes will operate on the Far East and London routes. According to President/CEO Hussein Dabbas, the new aircraft is part of RJ’s efforts to modernize its fleet. The Airbus A330s were acquired because of the delay in the delivery of the 11 Boeing 787 Dreamliners, which will be delivered by 2013. Originally, the aircraft were to be delivered by 2011.
The RJ Airbus A330 is a wide-bodied aircraft that seats 283 passengers, 24 in Crown class. It holds 15 tons of cargo and flies a range of 13,400 km non stop.

Like most major cities, Chicago experienced a large influx of Italian immigrants in the late 19th and early 20th centuries.  The Italian immigrant population went from 1,357 in 1880 to a peak of 74,000 in 1930.  They proliferated throughout the metro area, but the focus was around Grant Street on the Near West Side.  By the 1930s, the neighborhood was home to a host of Italian resta... 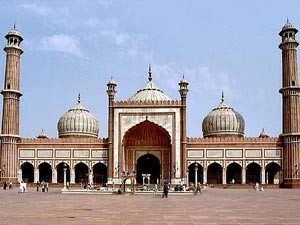 The Jama Masjid is the most famous and most important mosque in all of India. It was built in 1656 AD under the command of Mughal Emperor Shah Jahan. The mosque houses a large and impressive courtyard that can hold up to 25,000 worshippers.   Entry to the Jama Masjid is free. However, be careful with what you wear since you will have to cover-up (no shorts nor sleeveless shirts are allowe...