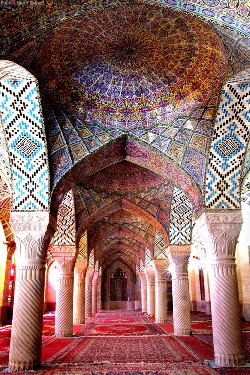 Doha, QATAR – Qatar Airways today announced plans to launch flights to the southern Iranian city of Shiraz. The airline will commence twice-weekly flights from its Doha hub to Shiraz International Airport on June 5.

Shiraz will become the airline’s 101st global destination and third route to Iran. The carrier already operates double daily services to the capital city of Tehran and five-flights-a-week to Mashad in northern Iran.

News of the new route further enhances Qatar Airways’ commitment to Iran, where it first began operating services to the country in 2004 with the launch of the Tehran route, followed a year later by Mashad.

The new services will be operated with the airline’s Airbus A320 aircraft, which features 12 seats in Business Class and 132 in Economy.

Traffic for the new route is expected to come from around the Gulf region as well as Europe and North America.

Qatar Airways Chief Executive Officer Akbar Al Baker said that the launch of flights to Shiraz supported the company’s business plan of operating to key cities around the world that the airline had identified as underserved.

“Qatar Airways is pleased to be bringing its third route to Iran online in early June. Iran is still largely underserved by international carriers and Shiraz in particular presents Qatar Airways with an opportunity to target new business,” he said.

“The potential is significant and we are looking forward to developing our market prospects with the launch of these new flights.”

“Iranian expatriates number between four and five million people, with many living in Europe and North America. We have good connections from these continents to Shiraz through our Doha hub, so facilitating travel for this expatriate community would soon be much easier.

“As the route to Shiraz develops, we will also look to add frequency and capacity to improve connectivity even further,” added Al Baker.

Shiraz is home to over 1.5 million people and one of the largest cities in Iran. As the capital city of the Fars Province, Shiraz is the economic centre of southern Iran. Outbound traffic from the city will significantly contribute to Qatar Airways’ new flight.

By 2013, Qatar Airways plans to serve over 120 key business and leisure destinations worldwide with a modern fleet of more than 120 aircraft. Today, the airline’s fleet stands at 94 aircraft, flying to 98 destinations across Europe, Middle East, Africa, Asia Pacific, North and South America.

This mosque can accommodate up to 1,000 people and the language of the services is Malay. There is a separate women’s room, parking and wheelchair access. Address: Kg Salambigar, Bandar Seri Begawan, Brunei Darussalam  ...