Widely acclaimed as Qatar’s most prestigious Association of Tennis Professionals (ATP) event, former World No.1 players Rafael Nadal and Roger Federer will take centre stage and battle it out on the courts of the Khalifa International Tennis & Squash Complex in Doha.

The strong line up of players also include other top notch players from around the world like the former defending champion, Nikolay Davydenko of Russia. Last year, it was Roger Federer who clinched the title after defeating Davydenko in straight sets.

With the line-up of top-seeded players in this year’s tournament, tennis lovers are in for yet another season of superlative tennis.

Qatar Airways Chief Executive Officer Akbar Al Baker said that the airline is delighted to bring the world’s best players to Doha for what is one of the most prestigious sporting events in the country.

“Qatar Airways is proud to be a long term sponsor of this world-class event which has been so well-received among tennis enthusiasts and fans around the world.
“We are pleased that Qatar Airways’ association with this tournament helps to spread the spirit of tennis among many youngsters thereby paving the way for nurturing future champions from Qatar.”

This lively and beautiful park is a great haven for those looking to relax on their visit to Oman. The park is carefully planned and features beautiful landscaping, with ponds, plenty of shade, and a modern village exhibit to entertain those walking throughout the premises. Kids will enjoy this destination, especially the Ferris wheel within the park’s grounds. At night, the park is filled with Om...

This is an active volcano and tour operators will take you all the way up to the crater. But that is time-consuming and extremely challenging. You can also take the hour-long drive to Panelokan which is a small town on the outer edge of thee crater where you have stunning views. Be sure to visit Lake Batur. However, the trek up the volcano is recommended by all those who have tried it. Overnight s... 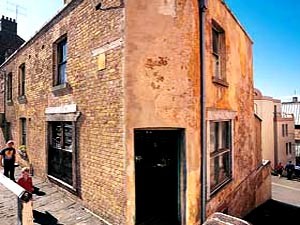