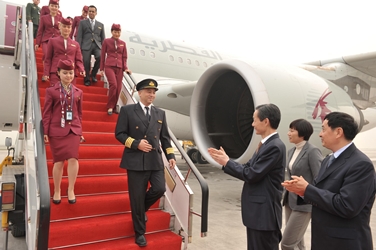 Qatar Airways has expanded operations in China with the launch of scheduled flights to Chongqing, the airline’s fifth Chinese destination and 15th route start-up this year.

Flight QR848 arrived at Chongqing Jiangbei International Airport to an impressive water salute following its non-stop journey from the airline’s operational hub of Doha, capital of the State of Qatar. Passengers and operating crew were given a red carpet arrival by airport officials.

The new thrice-weekly flights join Qatar Airways’ four other Chinese destinations – Beijing, Shanghai, Guangzhou and Hong Kong.
With Chongqing’s huge industrial catchment area in central western China, Qatar Airways saw the huge potential to operate to the city, underserved by international airlines. Main local industries in Chongqing are centred on consumer goods and the processing of food, automobiles, chemicals, textiles and machinery. The city is also the largest in China for the production of motorcycles and third biggest for motor vehicles.

As a major manufacturing centre, Chongqing is a key transportation hub located in the upper reaches of the Yangtze River, a vitally important shipping waterway in China. With Beijing, Shanghai and Tianjin, it is also one of only four municipalities in China, which report directly to the national government.
Qatar Airways Chief Executive Officer Akbar Al Baker said that the new Chongqing flights reflected the importance of China’s growing economy in the eyes of the world.

“Qatar Airways has been closely monitoring the dynamic Chinese market and looking at viable opportunities,” he said, adding, “we are extremely delighted to spread our award-winning services to our fifth Chinese gateway with our latest route.
“Qatar Airways is demonstrating confidence of doing business with partners in China and the opening of Chongqing, particularly being an up-and-coming city, shows our commitment to a vibrant economy.”


Chongqing becomes the 110th destination in Qatar Airways’ global network. More than 25 per cent of the airline’s routes are across Asia.

The Chongqing route is operated with an Airbus A330 in a two-class configuration of up to 248 seats in Economy and up to 36 in Business Class. The aircraft features seatback TV screens providing all passengers in both cabins with the next generation interactive onboard entertainment system – a choice of more than 700 audio and video on demand options.

Added Al Baker: “2011 has been remarkable for Qatar Airways with Chongqing becoming our last new route of the year taking the number of new destinations since January to 15 routes in a period where we were also honoured as Airline of the Year 2011 in the annual Skytrax survey.

“Over the next few years, we plan to increase our global reach even further, targeting key business markets, holiday hotspots and underserved cities around the world.” 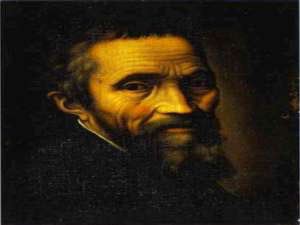 The Sistine Chapel was built within the Vatican during the time of Pope Sixtus IV.Work began on the chapel in 1477 and finished in 1480. The first mass in the chapel was celebrated on Aug 9, 1483.  The Sistine Chapel is a rectangular brick building with six arched windows on each of the two main walls and a barrel vaulted ceiling. It is drab and dull from the outside but once you step into th...

Based in Covent Garden theatre, The Royal Opera House is one of the largest performing arts venues in London. It is home to the Royal Opera, the Royal Ballet and the Orchestra of the Royal Opera House.    The building has been rebuilt many times since it was first constructed in 1732, but it is still considered a historical landmark and worth a visit even if you’re not planning to watch any of...