Qatar Airways has the best business class in the world 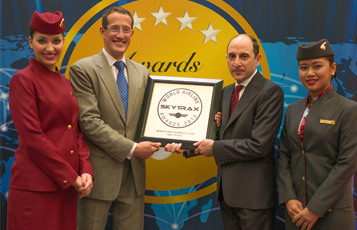 The World Airline Awards are a global benchmark of airline excellence. Skytrax is the only global independent passenger survey monitoring airline standards and is considered the ultimate testament for excellence in the airline industry. Travellers from over 160 countries take part each year in the world’s largest airline passenger satisfaction survey to decide the award winners.

Get a feeling of the native New Zealand forestry in the Riccarton Bush, probably the last of the remains of the Canterbury forests. Take a walk along the lush green shrubs and tall trees and enjoy the quite serene beauty of the place one fine day along the circular track that will take you around the mini forest. Located adjacent to the forest is the Dean’s Cottage that is the oldest built house i...