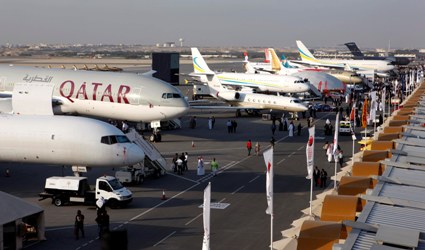 Doha, QATAR – Qatar Airways last week took part in its first major event of the year displaying one of its flagship Boeing 777 long-haul aircraft at the Bahrain International Air Show.

Thousands of trade and public visitors attended the three-day event which took place at Sakhir Air Base in the Kingdom of Bahrain. Qatar Airways also had a luxury chalet at the show.

Now in its 15th year of operations, the airline has a modern fleet of 104 aircraft flying to 110 key business and leisure destinations across six continents.

Almost a quarter of Qatar Airways’ fleet is made up of Boeing 777 Long Range (LR) and Extended Range (ER) passenger and cargo aircraft, forming the backbone of its long-haul fleet.

On display in Bahrain was a 259-seat Boeing 777-200 Long Range (LR) aircraft, capable of flying to any ultra long-haul business or leisure destination worldwide non-stop from the airline’s hub in Doha, capital of the State of Qatar.

Qatar Airways Chief Executive Officer Akbar Al Baker said: “We were extremely delighted to showcase our flagship Boeing 777 aircraft in Bahrain giving people an opportunity to see the aircraft and its wonderful features first hand during the static display.”

The Boeing 777-200LR on display featured 42 seats in Business Class in a 2–2–2 configuration, which is one less seat per row than competitors and offering far more space than other airlines.

Equipped with seat-back TV screens measuring 17 inches in Business Class, the seats recline to 180 degrees offering fully flat horizontal beds and have a pitch of 78 inches.

Economy Class onboard the Boeing 777-200LR features 217 seats in a 3–3–3 configuration, again more space than competitors with one less seat per row. With a pitch of up to 34 inches, all Economy seats also have individual TV monitors measuring 10.6-inches.

As part of its aggressive expansion programme, Qatar Airways will launch routes to nine destinations during 2012. Baku (Azerbaijan) from February 1; Tbilisi (Georgia) from February 1; Zagreb (Croatia) from May 9; Perth (Australia) from July 3; with dates yet to be announced for other new routes – Mombasa (Kenya), Zanzibar (Tanzania), Kigali (Rwanda), Helsinki (Finland), and Gassim (Saudi Arabia). 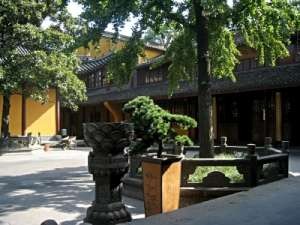 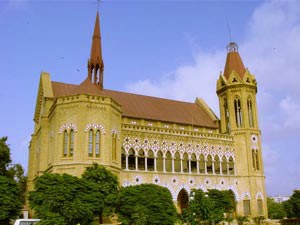