Qatar Airways has set the scene for the next stage of its rapid expansion having reached an historic milestone of now flying to 100 destinations.

The State of Qatar’s national carrier, re-launched just 14 years ago, arrived in Syria’s largest city of Aleppo yesterday, and with it notched up the significant landmark. Together with double daily flights between Doha and the capital Damascus, the four-a-week Aleppo services further strengthen the airline’s operations in Syria.

He also highlighted the importance of the airline’s services in the country, reflecting the strong economic ties shared by the governments of Syria and Qatar. The airline has been flying to Syria since 1998.

“Qatar Airways is marking a momentous chapter in the airline’s history and we are proud to be celebrating it here in Aleppo, one of the oldest inhabited cities in the world,” he said.

“The airline’s first route was Abu Dhabi, and so it is a true achievement for Qatar Airways to have crossed the world over the past 14 years, flying to many diverse business and leisure cities and back, to launch our 100th destination in this strategically important and historic destination.”

The Doha – Aleppo services are operated with an Airbus A320, featuring 12 seats in First Class and 132 seats in Economy.

The Aleppo catchment area covers more than seven million people, providing access to international flights for travellers from Lattakia, Hama, Tartous, Dayr As Zawr, Ar Raqqah, and Idlib, which are all within a 280km radius of Aleppo international Airport.

Aleppo has long been treasured as a city which represents rich cultural and religious heritage. Key tourist attractions include the longest covered souk in the Middle East, and the Aleppo Citadel – a UNESCO World Heritage site, one of the medieval wonders of the Levant region.

Aleppo is an ideal gateway for business or leisure trips and is well-known internationally as being the final stop along the Silk Road.

The airline recently spelled out further commitment to international growth, targeting both popular and underserved markets in Europe, the Middle East, North America and the Asia Pacific region from its Doha hub.

With three recently-announced routes to start in June alone – the Iranian city of Shiraz (June 5), Italy’s Adriatic coastline city of Venice (June 15) and Montreal (June 29) being its first move into Canada, Qatar Airways is preparing for a busy summer ahead.

Daily flights to the eastern Indian city of Kolkata, formerly known as Calcutta, will be launched on July 27, taking Qatar Airways’ capacity in India to 95 services a week spread across 12 cities.

In Europe, where much of Qatar Airways’ recent expansion has been the focus, the airline is to launch four-flights-a-week to the Bulgarian capital Sofia from September 14.

Beginning October 5, Qatar Airways builds on its successful operations in Scandinavia with the start of five-flights-a-week to Norway’s capital city of Oslo.

This gallery is a glass and concrete structure which is home to an impressive collection of 20th  and 21st century art, ranging from Dali and Picasso to great German artists such as Beckman and Polke. There are also regular exhibitions on design, architecture and graphics, as well as temporary exhibits and events from various cultural areas. Timings: Daily except Monday 10.00 – 17.... 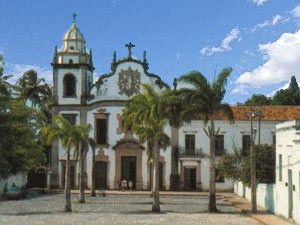