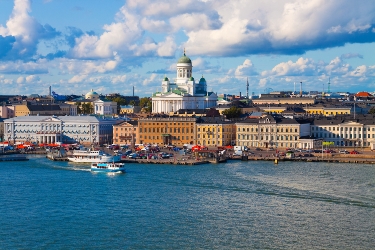 Operating from the airline’s hub in Doha, capital of the State of Qatar, all seven new routes will be launched over the next few months. They will join previously announced Baku and Tbilisi, the capital cities of Azerbaijan and Georgia, respectively, which are will become part of Qatar Airways’ family of routes from February 1.

“We are continuing what we started back in 1997 when Qatar Airways was launched with new routes and new aircraft being introduced at an unprecedented rate to further strengthen what is truly a global network airline,” said Al Baker.

“Our mission has been to operate to key business and leisure destinations around the world, but also to underserved markets where others dare not venture into. We take bold decisions to serve certain markets because we believe it makes strong business sense.

“Today’s announcement shows the confidence Qatar Airways has in such a diverse range of destinations. We look forward to offering even greater choice to the travelling public that they so deserve.”

The announcement of Perth – Qatar Airways’ second route in Australia – comes almost two years after the launch of the airline’s first route Down Under, to Melbourne.


In Europe, where the airline has launched seven routes this year, the addition of Helsinki and Zagreb will further strengthen its presence on the continent. Helsinki will become the fourth Nordic route served by Qatar Airways, with already successful operations in Stockholm, Copenhagen and Oslo.

Qatar Airways’ African expansion which, in the past two weeks, has included route launches to Entebbe in Uganda and the Libyan port city of Benghazi – the first on the African continent since 2007 – will see three more destinations added in the region next year.

Kigali, rich in mining and capital of Rwanda, together with Kenya’s second largest city and popular tourist centre of Mombasa, and the mystic spice island of Zanzibar in the Indian Ocean, will significantly boost the airline’s African network, to where it already flies to 16 cities.

Flights to the Kingdom of Saudi Arabia will be added with the launch of a new route to Gassim, the carrier’s fifth destination in the country, a market to where Qatar Airways has raised capacity by more than doubling frequency in recent months to Riyadh, Jeddah, Dammam and Medina.

Qatar Airways, one of the fastest growing airlines in the world, currently operates a modern fleet of 102 Airbus and Boeing aircraft to 109 key business and leisure destinations across Europe, Middle East, Africa, Asia Pacific, North America and South America from its Doha hub.

The Chinese city of Chongqing becomes Qatar Airways’ final new route of 2011, being launched as its fifth gateway in China on November 28.
Recently named Airline of the Year 2011 by global industry audit Skytrax, award-winning Qatar Airways will operate over 120 aircraft to more than 120 destinations worldwide by 2013.

This is situated in one corner of the Central Business District of Nairobi and is a rich source of information on both historical and contemporary Kenya. It has photographic records as well as exhibits of Kenyan art and craft. Moi Avenue, Nairobi Tel +254 (2) 228959 ...