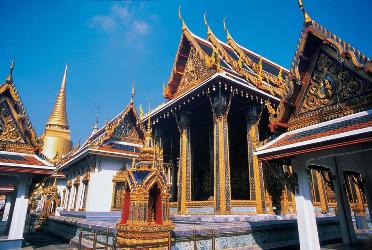 The increase in capacity comes just three weeks after the airline launches scheduled flights to the popular Thai resort of Phuket.

The Bangkok service will facilitate increasing demand from many parts of the world, particularly European and North and South American customers for travel to Thailand. Qatar Airways’ Northern Winter schedule upgrades offer convenient connections for travellers both in and out of the Thai capital.

The additional Bangkok service will continue to Vietnam with four of the flights heading onwards to the capital Hanoi and three onto Ho Chi Minh City.

Passengers originating in Thailand or Vietnam can also purchase tickets to fly between Bangkok and both Hanoi and Ho Chi Minh City on Qatar Airways.

Beginning October 12, Qatar Airways introduces six-flights-a-week to Phuket via Kuala Lumpur. With the Bangkok flights, the airline’s Thai operations will step up from 21 to 27 flights a week across two destinations.

The airline’s upcoming Phuket flights have drawn positive response from businesses across the island eager to capitalise on an increase in tourism numbers. Similarly, Qatar Airways has seen huge bookings from holidaymakers, particularly from across its European markets for the new route.

Qatar Airways has brought its Asian expansion plan into focus this year, adding three new destinations to its network in 2010 and boosting capacity and frequency across the entire region.

Qatar Airways Chief Executive Officer Akbar Al Baker said the expansion in Thailand reaffirmed the airline’s commitment to one of its most important markets.

“Our third daily flight to Bangkok will create further connectivity across our network into Thailand and also allows us to improve our services to Vietnam where we already fly to Ho Chi Minh City and look forward to adding Hanoi to our schedules,” he said.

“With Phuket and Hanoi coming online around the same time, Qatar Airways will soon operate to two destinations each in Vietnam and Thailand and we are thrilled to be able to offer the travelling public these exciting destinations and, with it, offer more choice.”

The travel market in Asia is experiencing significant growth and one which Al Baker stressed Qatar Airways was well placed to take advantage of.

“IATA statistics have passenger demand in the Asia Pacific region up over 10 per cent on the previous year. The timing of Qatar Airways’ expansion drive in Asia couldn’t be better to take advantage of this increase in traffic,” he added.

This name is usually referred to the range of several Mountains near Sharm El Sheikh. These mountains are termed as the ‘Holy Mountains’ by several religious sects. A peak of this range is held is deep reverence by Monks because they believe that Mosses received ten messages from God there. Muslims respect the same peak because their beloved Prophet’s horse progressed to Heavens from there. ...

A separate ticket is needed to see the amazing treasures of the Schatzkammer. Founded in 1565, the Wittlesbach's treasury is on display in ten halls in the Konigsbau. The collected works are one of the most important of their kind with invaluable enamel, rock crystal and ivory work, crowns and royal insignia, religious art and unique goldsmith work from nine centuries. ...