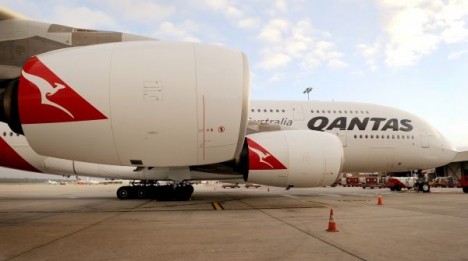 Flagship Australian airline Qantas is ditching BlackBerry for Apple’s iPhone and rolling out in-flight iPad entertainment streaming, dealing a blow to the US firm’s rivals.

Qantas said it was switching 1,300 employee phones from Canada-based Research in Motion’s BlackBerry to the popular Apple device after a “large majority” of workers expressed a preference for the iPhone.

“Transition from the BlackBerry to the iPhone is part of Qantas’ broader mobility strategy and, once complete, will result in significant cost savings,” Qantas said.

Analysts said it was a fatal blow for RIM and would likely trigger “significantly more defections” from the outdated BlackBerry maker, which is struggling to remain relevant against its fast-evolving rivals.

“Seeing large blue-chip companies such as Qantas dumping BlackBerry will only confirm to others who are on BlackBerry that they’re a dead-end street.”

The Qantas mobile switch is part of a wider push onto the Apple platform, which will also see the airline’s pilots given iPads to replace paper charts, flight plans and manuals, mirroring moves by US carriers.

Qantas is also rolling out live iPad streaming of in-flight entertainment on its domestic Boeing 767 fleet following a successful trial of the QStreaming technology. 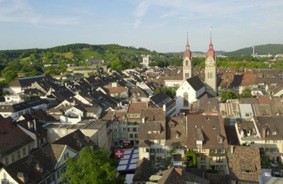 Winterthur is located 20km northwest of Zurich.  It is a pleasant suburb with a population around 100,000.  Founded during Roman times, it came under control of the Hapsburgs in 1264 and was sold to Zurich in 1467.  Winterthur remains part of the canton of Zurich.  During the industrial revolution, the city thrived as factories were built.  The textile industry was especia...