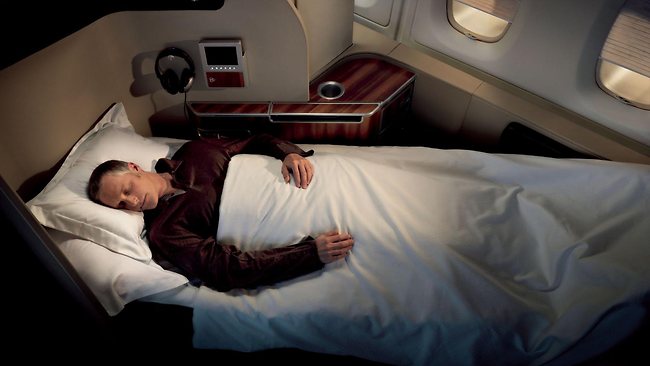 Two passengers who were flying in the First Class cabin on Qantas from Los Angeles to Melbourne were not happy when they boarded the aircraft. The airline had promised them "soft and luxurious pyjamas and slippers" but the airline did not have XL sized PJs. The passengers were not happy to fly in the alternative Peter Morrissey pyjamas which are given to business class pasengers. So the passengers had to disembark and their luggage offloaded.

When you pay as much as $10,000 for a First Class ticket from Los Angeles to Melbourne, you should have comfortable XL sized PJs.

QF94 business class passenger Angela Ceberano said the cabin erupted in laughter when the captain announced the reason for the delay. "He said: 'Just to inform you all, the reason we've had the delay is because two of our first class passengers refused to fly on this plane as there was no extra large pyjamas on board for them'," Ms Ceberano said.

The pyjama guy apparently told the crew: "Make sure you tell everyone why we're so late: they didn't have pyjamas for us."

The passengers on the plane burst out into laughter when they heard the reason for the delay.

The Airbus 380 aircraft eventually landed on time in Melbourne. 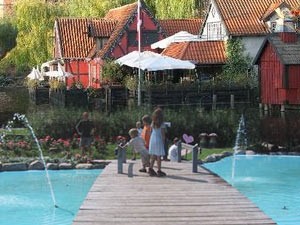 The striking feature about this place is that it was designed by third grade students! In includes two gardens, one being heart-shaped while the other a shadow garden. Children can play soccer, football or Frisbees.                   ... 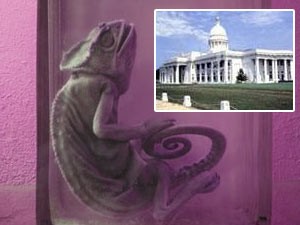