"These are new moves towards regaining our status as a regional and subsequently as an international hub," said Gulf Air Chief Executive Officer, Samer Majali. The two regional Embraer 170s were acquired by Bahrain's flag-carrier as part of their major revamp. Gulf Air took delivery of the first aircraft earlier this year under a three-year dry-lease. 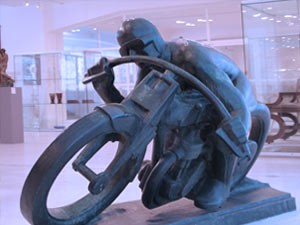 Previously known as the Museum of American War Crimes, this museum houses instruments of torture and photographs of atrocities committed during the Vietnam War, explaining the use of napalm, Agent Orange and the My Lai massacre. In the front of the museum is a collection of military hardware and the mobile guillotine used by French colonists before World War II. Location: 28 Vo Van Tan, Dist...