MEA to take strict measures if pilots go on strike

May 20 - Middle East Airlines (MEA) has announced that it will take strict measures if pilots insist on carrying out a strike, said sources from the airline on Tuesday. “MEA management will definitely not treat the second pilots’ strike as it did the first. This decision has been adopted on the highest levels,” they added. However, they failed to say what kind of action will be taken.
Almost all political groups in Lebanon are against the strike as they feel it will adversely affect the tourism industry. Pilots of the airline have put forth several demands to the management, some of which include increasing the retirement age to 64, increasing the minimum wage of fresh graduate pilots to $4,500 a month from $3,100 and medical insurance even after retirement.
MEA Chairman Mohammad Hout has been talking to pilots in order to prevent the strike, but nothing concrete has been achieved so far as both sides remain unwilling to compromise. Hout said pilots had signed an agreement with the airline two years ago that said they would not make more demands. The pilots agreed because the company was not making money. “But MEA is making good profits and that’s why we have every right to improve conditions,” they said. 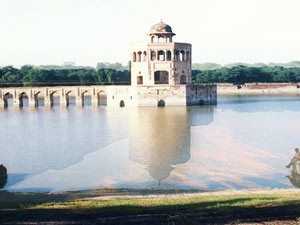 An interesting monument, the Hiran Minaar was built in the memory of beloved ‘Hiran’, the deer belonging to Mughal Emperor Jehangir. It was built around 1615 in an area where the Emperor loved to hunt. Surrounding this Minar is a lake and visitors must travel by boat up to this structure.   Timings: Daily Admission: Free Address: Sheikhupura, 30 km outside of Lahore   ...

There is no dearth of attractions for children in Delhi. With parks aplenty, museums of varied nature and theater for kids where you're bound to find something of their choice, there's never a dull moment for your little ones. Be sure to check out these places for they're as compelling for adults as well! Shankar's International Dolls Museum  This fascinating collection of dolls from ar...