May 28 - Beirut-based Middle East Airline’s (MEA) pilots went on strike for a few hours on Wednesday but air traffic at the Rafik Hariri International Airport remained normal and no flights disruptions took place. The strike was the result of the breakdown of talks between MEA and its pilots over packages and work conditions. Pilots accuse the airline of temporarily hiring pilots from other airlines thus forcing a strike.

The president of the Lebanese Workers Party, Maroun Khawli, criticized MEA’s borrowing of pilots from other airlines, saying that the action was against Lebanese laws and would lead to chaos. “We call upon the MEA administration to send back these foreign pilots to their countries; otherwise we will have to prosecute them for not having a legitimate work permit. Moreover, they don’t have prior approval from the Labor Ministry to work in Lebanon,” he said.

The Batu Caves lie thirteen kilometers north of Kuala Lumpur in the appropriately titled suburb of Batu Caves.  Inside is a temple dedicated to the Hindu deity Lord Murugan, a popular god among the Tamil people.  The temple was founded in 1891 by Tamil immigrants to Malaysia.  The caves are one of Hindu’s holiest sites outside of India. The best time of year to visit the Batu C... 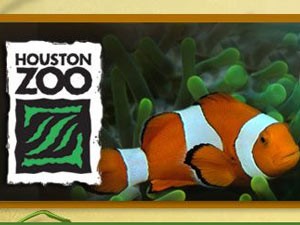 The Houston Zoo is a 55 acre zoo located within Herrmann Park.  It houses 4,500 animals of over 900 species and is the seventh most visited zoo in the nation.  The zoo includes a reptile and amphibian building, a Texas wetlands exhibit, natural encounters exhibit, 23 species of birds, a tropical bird house, an open-air pheasant run and over a thousand fish and marine animals from around ...