Lufthansa to go on strike from April 13

April 2- More inconvenience is headed towards Middle East passengers as Lufthansa, Europe’s second largest airline, will be on a four-day strike starting from April 13. The airline operates 88 flights per week from the region. Late last month, Europe’s biggest airline, British Airways, went on strike causing major flights disruptions to and from the Middle East.

Lufthansa, the German national carrier, has called on Vereinigung Cockpit, the pilots’ union, to halt the planned strike action and has threatened that it will seek damages if the industrial action goes ahead. Stefan Lauer, the airline’s human-resources chief, told reporters on Tuesday that the strike action could cost the airline around 100m euro ($135m).

Lufthansa pilots are going on strike over pay and work conditions, and whether or not their contract terms require them to work for other divisions in the group, such as BMI in the UK or Austrian Airlines.

This complex is a cultural center located in the Kammpi area of the city center. The place houses a lot of shops, a multi Cineplex called ‘Finkino’, an Art Museum, Tennis Palace and the Museum of Cultures. Tennispalatsi has had a rich history in the sports arena as well. Back in 1938 it was constructed as a center for the Olympic Games held in 1940 and later was the ground for a few basketball gam...

This museum was built in the 19th Century. This is the most famous of the museums in Moscow and home to Russian art solely. It houses the paintings and masterpieces of incredible Russian artists from different time periods. These include: Vrubel, Kadinsky, Malevich, Kuindzhi and Repin. The collection is fabulous and one should spare an entire morning or afternoon to do justice to it.   Timi... 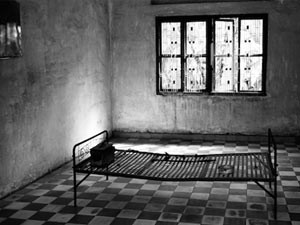 Toul Sleng Genocide Museum reflects the dreadful history of Cambodia that every tourist needs to know. It was a school that got turned into a prison. 14000 people were the victims of sheer torture in that prison and the same people were ruthlessly killed in the Killing field later on. This museum features art collection, skull pieces and horrifying pictures and paintings from those times in 1975! ...