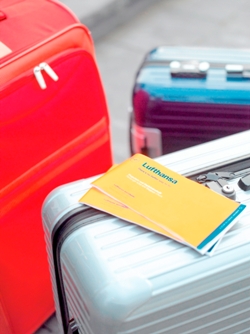 Lufthansa is simplifying its free baggage allowance policy and adopting the piece concept on all its flights. The new rules apply to all tickets purchased on or after
1 June 2011. This concept has been successfully implemented a while ago on many of the airline’s long-haul flights on North Atlantic routes, particularly.

In some cases, passengers will have a significantly higher weight allowance than under the previous weight concept. The free baggage allowance for passengers travelling in Economy Class to Europe, for example, has been increased from 20 kg to 23 kg. In Busi-ness Class, passengers may check in two items of baggage – in First Class three – each weighing up to 32 kg. In future, under the new baggage rules, the free baggage allowances per passenger (in comparison to the former weight concept) will be as follows:

For infants under two years of age without their own seat, the free baggage allowance remains unchanged: one collapsible pushchair plus one item of baggage weighing a maxi-mum of 23 kg.

Customers who would like to check-in additional baggage items in future benefit from a transparent and simplified pricing concept with attractive prices for excess luggage. There will only be two flight categories: European and intercontinental. Depending on its dimensions and its weight, each item of excess baggage will be charged at a flat rate, and not per kilo as in the past. In Economy Class, a worldwide flat rate of 50 euros will be charged for a second item of up to 23kg and a maximum of 158cm in overall dimensions. Any further extra bag with the above maximum weight and dimensions will incur a charge of 50 Euros on European routes and of 150 Euros on inter-continental routes. The former weight concept at times resulted in much higher excess baggage charges.

In addition to their checked-in baggage, Lufthansa passengers travelling in First or Business Class can take two items of hand baggage on board; in Economy Class the free baggage allowance is one item of hand baggage, as before. Each piece must not weigh more than eight kg, and the linear dimensions may not exceed 55 x 40 x 20 cm. The maximum size of a folding garment bag is 57 x 54 x 15 cm.

Customers can find out more information about baggage regulations from the Lufthansa Service Centre on 04 3739100. 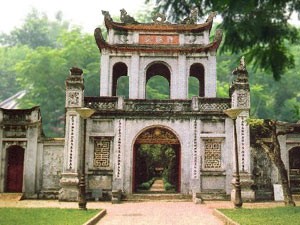 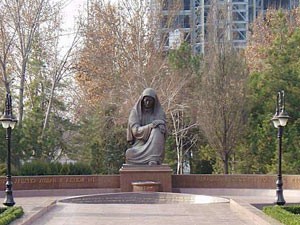 War memorial eternal flame and park has the names of all the fallen Victims of 2nd world war. Located in the Sharof Rashidov Avenue (City center) ...