June 7 - The latest round of British Airways (BA) strikes this week means a loss of £7 million (Dh37.2m) for the airline per day, it was learnt on Monday. In fact, the airline has recorded a 5.8 percent drop in passenger loads from the Middle East region in its financial year-to-date, which begins April.
The airline carried a 66.9 percent load for the Middle East and Africa (MEA) region in April-May 2010, down from the 72.7 per cent noted over the same period last year. For May alone, BA has seen a 7.9 per cent year-on-year drop from the region, falling from 68.5 percent in 2009 to 60.6 percent this year, making MEA region the worst performing sector for Europe's third largest carrier.
A statement issued by the airline said: "The last 14 days of the month [May] were affected by industrial activity of the Unite union representing the cabin crew. Despite this, the global traffic in May 2010, measured in revenue passenger kilometres, fell by only 11.5 percent. Passenger capacity, measured in available seat kilometres, was down 4.7 per cent on May 2009. The strikes accounted for some 6 percent reduction in capacity. This resulted in a passenger load factor year-on-year decrease from 5.4 percent to 69.7 percent," he said.
British Airways has cancelled the daily BA0106 from Dubai to London Heathrow till Thursday 10th June. BA0107 from London to Dubai will also not operate today and tomorrow. 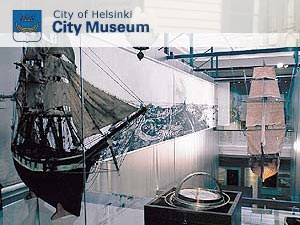 This museum occupies a series of buildings throughout the city. It has some of the oldest and most sacred collectables under its many roofs and tourists tend to visit exhibitions in all buildings so as not to miss out. The central building has been restored as a memory of the old town years of Helsinki. All displays and exhibitions are free of charge. Address: Sofiankatu 4 Tel: +358 9 31...

Den Bach Ma, or Temple of the White Horse, is over a thousand years old, having been founded in the 9th century; although nothing remains today from its founding days. The temple itself dates back to its 18th and 19th century reconstruction, and still stands as one of the grandest temples in Hanoi's Old Quarters. Address: 76 Hang Buom Street, Hanoi ...