The airline continues to move forward with its growth plans and is better able to generate sales with the opening of a local office in Dubai.  Chief Executive of Jazeera Airways Stefan Pichler said “Abu Dhabi has a very good schedule for business travelers.  We are seeing some good feedback from the market there.”   Jazeera will begin flying to Assuit, Egypt, this winter.  Assuit will be its sixth destination in Egypt.

This was built in the 1800s and houses some of the most interesting artifacts pertaining to South Africa. The san rock paintings are stunning as are the Lydenburg heads dating back some 1500 years. African symbols for numbers and alphabets are also on display here along with other interesting exhibits such as traditional medicines. The fossil gallery and the whale well are also fascinating and con... 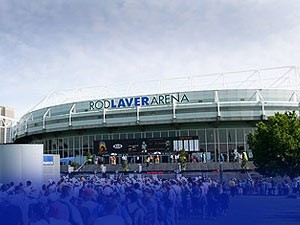 The place is particularly important due to its importance in the Australian open tennis championship. The place is one of the busiest and amusement venues of the city which offers massive accommodation of 15,000 people to national and international visitors from all around the world to view the prestigious event. Apart from the Australian Open tennis events such as Grand Slam and Asia Pacific are ...

The Al Maqta Fort is over 200 years old. It has been extensively renovated over the years and stands majestically at the edge of the island. It was built to keep bandits at bay. One of the few forts remaining in Abu Dhabi, this provides a fascinating contrast to the modern bridge.                   ...