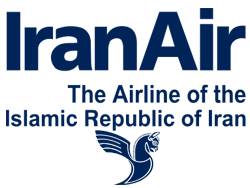 European oil companies British Petroleum (BP) and Shell have stopped fuelling Iranian aircrafts at UAE airports in line with US trade sanctions on Iran, forcing them to find alternative sources.

Sources at Air BP and Shell confirmed to papers that they are not fuelling Iranian aircraft.

However, Emirates National Oil Company, fuel provider to the aviation industry among others, said that it has not received any notification from the UAE government on Iranian sanctions that would hinder its business.
The company's spokesperson did not confirm whether it is supplying fuel to Iranian airlines, except Iran Air, the government's national carrier.

"We are not supplying any fuel to Iran Air," said Khalid Hadi, spokesman for the company. "Even if there are any sanctions, that would not be affected," he said.

Iranian airlines continue to fly in and out of UAE airports.

Additionally, a senior official at the Abu Dhabi Airports Company (ADAC) has denied a report that Iranian airlines are not being allowed to refuel at UAE airports.

The founding of the British Museum can be traced back to one man.  Sir Hans Sloane had a lucrative physician practice, serving three monarchs, and was a prodigious collector of rarities.  When he died in 1753 at the ripe old age of 92, he left his collection to the British people (not wanting to see it broken up). The initial donation of 71,000 objects included 40,000 books, plant and ...