Gulf passengers to be affected by British Airways strike

May 11- The impending British Airways (BA) strike will affect the airline’s passengers in the Gulf as the airline’s cabin crew has announced four new periods of strike in May and June. In fact, over the weekend, 81 per cent of BA crew voted against the latest offer made by the airline and Unite, the cabin crew union, and has announced that there will be five-day periods of industrial inaction in May, which is the month of UK’s bank holiday, and the World Cup.

“BA management failed to offer any new proposals to settle the dispute over the weekend, so crew are to take strike action on the following days: May 18 to 22 inclusive, May 24 to 28 inclusive, May 30 to June 3 inclusive and June 5 to 9 inclusive,” the union said on Monday.

“British Airways is saddened but not surprised that Unite has announced further plans for extensive disruption for potentially hundreds of thousands of our customers over a busy period that includes the May half-term holidays,” said a BA spokesperson on Tuesday. “We are confident that many crew will again ignore Unite’s pointless strike call and support the efforts of the rest of the airline to keep our customers flying,” said the airline. 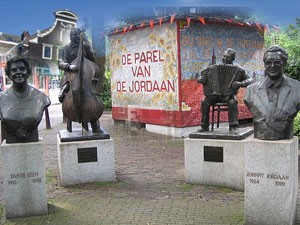 Built in the 17th century for housing working class immigrants, Jordaan is now an upscale district of Amsterdam. The district has emerged as a posh and happening place for art aficionados with the opening of many art galleries, especially those for modern art. For those who want to browse through specialty shops and restaurants, Jordaan is the perfect place. The area also has many small and intere...