Gulf Air will restructure again this summer to help restore the carrier after several years of losses.  The Bahrain based company Mumtalakat Holdings is looking for advisors to help rebuild the airline which has spent most of the decade in and out of recovery campaigns.   Gulf Air has talked with a number of different asset companies and specialist aviation consultancies including Seabury and Cesart Consulting, AT Kearney, and Lek Consulting.

Consultants will report to the new chief executive Samer Majali, who will assume his post on 1 August 2009.  Mr. Majali replaces Bjorn Naf who served as CEO for two years and had promised to bring the airline back to profitability during his tenure. When Mr. Naf joined the carrier in 2006, he said it was losing US $1 million dollars a day.

The Mulee Aage was built by Sultan Shamsuddeen III for his son prior to the First World War. The house became government property when the sultan and his son were expelled in 1936. Mulee Aage was renamed the Presidential Palace in 1986 and was renovated to hold official events and to accommodate visiting Heads of States and other foreign dignitaries. However, in 1994, President Maumoon Abdul Gayoo... 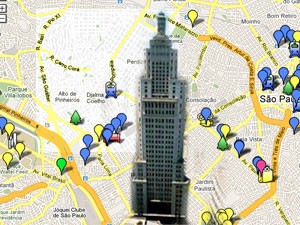 This monumental tower was established in 1947 and takes after the New York Empire State Building. The building has an observation deck and a museum at the top. The observation deck is a great place to see Sao Paulo from a distance and the energy that it imbibes. Address : Rua João Brícola 24, Centro Tel : 011-3249-7180 Timings : 10am-5pm weekdays only Entry fee : None ...