Gulf Air May Respond To Paraguaya With Legal Action

Gulf Air is considering legal action in response to Regional Paraguaya Airlines new livery, which is virtually the same as their gold and white design.  Regional Paraguaya, which is based in Asuncion, has new markings very similar to Gulf Air’s, with the same color scheme, purple diagonal stripe, and golden falcon on the tail.

Regional Paraguaya is a charter airline that began services last July. Gulf Air says they did not grant approval allowing them to use its livery design.   Gulf Air’s departing chief executive said “Only the feet of the falcon are missing.”  Regional Paraguaya serves Ciudad del Este in Southern Paraguay with two Boeing 737-200’s.  They plan to expand their network to 13 cities in nine Latin American countries. 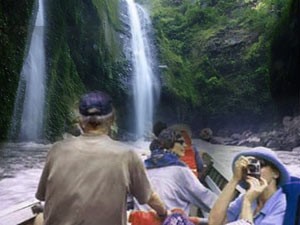 Located on the western-most tip of Bali, this park covers an area of approximately 190 square kilimetres and includes a beach, reefs and small islands. The park is home to a diverse range of flora and fauna. For those interested in trekking, you can also hire a guide (absolutely essential for safety reasons) and cover a distance of 25 kilometres. Jalan Raya Cekik, Gilimanuk Jembrana P... 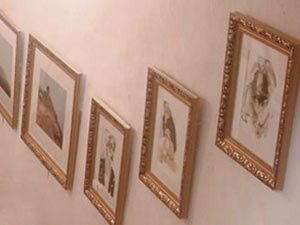 This is the small art gallery/museum that is situated, as the name suggests, right next to the Bab-al-Yemen. It allows passage from the street to the top of the Bab. Although you may just pass the gallery simply to get to the top of the gate to shoot a few photos, the gallery in itself isn’t such a disappointing sight either. It contains artistic work by up-and-coming artists, most of them young, ...

The second largest park in Paris has a long history.  Marie de Médici, widow of Henry IV and mother of Louis XIII, wanted to build a palace similar to the Pitti Palace in her native Florence.  The resulting Luxembourg Palace (constructed in the 1610s) is today the home of the French Senate, though it has undergone substantial renovations since.  The garden surrounding the palace was...

Despite the immense development plans taking place in the city, Stavropoleos Church has the same old and soft aura to its structure. Located in the old center, the church has a number of decorations and sculptures that are worth admiration and have been present for time immemorial.                     ...