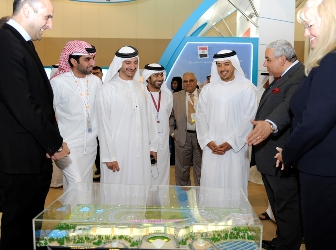 Lloyd Kenyon, GIBTM’s Exhibition Manager, reported that this year’s edition of the show had attracted over 275 exhibitors, which was a significant increase from 2010 which had 228 companies taking part. New exhibitors include BSL, Fujairah, Lebanon, Syria, Indonesia, Bahrain, MSC Cruises and Costa Do Sauipe. Those who have increased their stand space for 2011 include the Turkish Culture & Tourism Office, Argentina – INPROTUR, Jumeirah and Movenpick.

266 senior level Hosted Buyers, who are hoping to find out what’s new within the industry from both an inbound and outbound business perspective, will have more than 7,000 pre-scheduled appointments with exhibitors over the three day show. A 12 percent increase in pre-registered visitors for this year’s edition of GIBTM demonstrates the growing interest in the region’s MICE industry.

“Since its inception five years ago, GIBTM has firmly established itself as the region’s premier event for the meetings industry. It is the only international exhibition in the Middle East region dedicated entirely to the business of meetings and events; and it provides the perfect business platform for both international and regional venues, hotels, destinations and suppliers to meet with local, regional and international meeting planners, incentive travel buyers and those involved in the global meetings and events industry.


“One of the other mainstays of GIBTM that is featured yet again this year is our educational programme. We will be staging a diverse range of subjects that underline the event’s commitment to raising industry standards and encourage learning and development among the MICE sector community. Of particular importance this year is our targeting of the private sector since there are still many who are not aware of the excellent deals and opportunities that there are out there.”

Lloyd Kenyon also previewed a presentation of the Middle East meetings industry research, which is commissioned by GIBTM in association with meetme each year for the show, saying that the results would yet again be presenting a positive and encouraging reflection on the future of the meetings industry in the region. The results from 555 buyer respondents are optimistic on the volume of events forecast for the year ahead,” he concluded.

Address: Rua Paula e Silva, Sao Cristovao Tel: 2569 2024 Admission: US$2 Opening Times: 9am-4:30pm Tue-Sun Located 200m from the old imperial residence of Qunita da Boa Vista, Rio’s zoo has a medium sized menagerie of animals: mostly Brazilian mammals and endangered species. The tropical bird aviary and the Nocturnal House where you can get up close with sloths, bats and other night ...

National Gardens This is a wonderful place for children to play in. The gardens are vast and dotted with a number of duck ponds. Attached to these is a zoo as well.   Attica Zoological Park This park will be of great interest to children as it is home to about 2000 birds of over 300 species. Farm animals are also kept there. In addition there is a wonderful butterfly garden. &n... 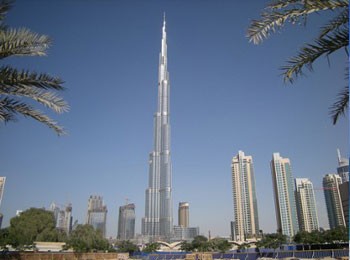 The Burj Kalifa is the tallest manmade structure on Earth, and is a must see for anyone visiting Dubai.  Quite literally – it’s hard to miss.  The $1.5 billion tower, part of the larger $20 billion Downtown Dubai Project, was completed in December 2009 after six years of construction.  It stands an astounding 828m tall, more than 200m taller than its closest rival, with 163 habitabl...

A small area within Dunbar Square, this place serves as the inner palace complex that was originally founded during the Licchavi period (4th to 8th centuries AD). The structure that stands today was constructed by King Pratap Malla in the 17th century. There are now ten chowks (courtyards) to explore here; cameras are allowed here but not within the buildings of the complex. The Hanuman Statue mar...