Dubai’s new low cost carrier (LCC) flydubai is still committed its new flight plans for India, despite delaying three of its routes this month.  CEO Ghaith Al Ghaith said “India will be operational.  We are committed to operating [routes] to India.”   Operational issues last month forced the LCC to postpone all three of its new routes to Coimbatore, Chandigarh,  and Lucknow.  Those passengers affected by the cancellation were issued full refunds and vouchers valid for service on any of flydubai’s routes until the end of December.

More than one million Indian’s reside in the UAE so the India routes are important for flydubai.  Ghaith Al Ghaith said he expects regional budget airlines will grow as much as 10% in two years.   He said low cost carriers represent about five percent in the Middle East and this will probably grow to 15% in the next few years.    The low cost model accounts for about 20% of traffic in Europe. 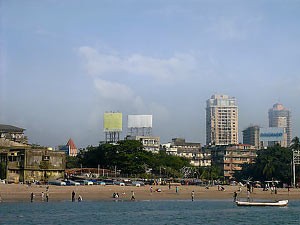 Mumbai’s Chowpatty Beach at the northern end of Marine Drive is where the citizens and tourists alike head to for an evening of fun and frolic. The many attractions here include numerous stalls selling a variety of snacks, the most popular being the famous bhel-puri, chat and pav-bhaji.  One can also enjoy ferry rides and pony and camel rides too. The entire beach is abuzz with activity creat...

Popular among war buffs and historians, the revolutionary museum chronicles the rise of the Communist Party and its leader Ho Chi Minh. Although a little neglected, this museum is a treasure trove of old oil paintings, photographs and memorabilia chronicling the life of Ho Chi Minh and the early revolutions. There is an admission fee and visiting hours are between 8am and 11.45am and 2pm to 4.15pm...

The original gates to the city of Muscat are located here. Tourists are able to visualize the old city of Muscat, where these gates served to protect the city from external aggression and invaders. Tourists are transported back in time and are exposed to the history of the city. Visitors also get a good view of the palace of the Sultan from this point. Remnants of old mosques, houses, wells and sp... 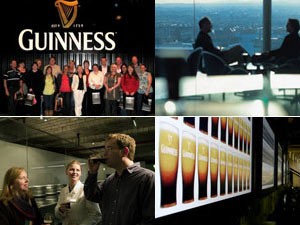 Nothing says Ireland quite like a cold Guinness.  The harp that graces every bottle is an internationally recognized symbol of Irish culture.  The drink itself is a thick, dark beer known as stout.  Brewing began in 1759 at the Saint James's Gate Brewery by Arthur Guinness.  At the end of that year he signed a 9,000 year lease at £45 per year for the previously unused brewery.&...