Dubai’s new low cost carrier gave all passengers a refund after they were forced to postpone plans to begin new flights to India.   The airline had previously requested permission to fly to Coimbatore, Chandigarh, and Lucknow beginning in mid-July, but this has been delayed for operational reasons.   A flydubai spokesman said “We have refunded all passengers who had booked flights to India with us and we sent them all a voucher for a free flight to anywhere on our network as a gesture because of the inconvenience.”

According to recent reports in India media, authorities were concerned about the effect flydubai’s low cost service would have on Air India Express operations for the Middle East.  Fly Dubai did not comment about the reason for the delay but said India is still an important market and they plan to serve the country. The carrier had planned to serve between 14 and 16 destinations by the end of 2009. 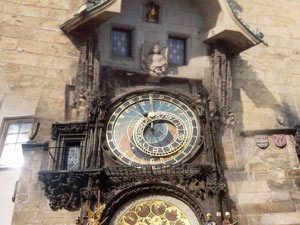 Old Town Hall Times: the chiming times are every hour on the hour from 9am to 9pm Don’t bother trying to read the time on this clock (look to the clock above it for the time) which is a mechanical marvel, constructed in 1490. Crowds gather before this clock to witness Death ring a bell, inverts his hourglass and the 12 apostles parade through the windows then a cock crows – all in the spac...

The second largest park in Paris has a long history.  Marie de Médici, widow of Henry IV and mother of Louis XIII, wanted to build a palace similar to the Pitti Palace in her native Florence.  The resulting Luxembourg Palace (constructed in the 1610s) is today the home of the French Senate, though it has undergone substantial renovations since.  The garden surrounding the palace was...