Flydubai, Dubai’s new budget carrier, announced they are postponing launch of new Indian services, which were scheduled to begin in July.   CEO Ghaith Al Ghaith said they had planned to begin services in July to Lucknow, Coimbatore, and Chandigarh, but “due to operational issues, we have had to delay these flights.”  He did not state a specific reason for the delay.

Ghaith Al Ghaith apologized to passengers for any inconvenience caused by the delay, and said “All passengers who have booked flights to India will be contacted within the next several days and will be given a full refund, plus a voucher for a free return flight to India or anywhere on the flydubai network, which will be valid for travel until the end of November 2009.”  Last week flydubai denies reports that talks with Indian aviation authorities had stalled – regarding flight to Chandigarh Airport.  The hub is controlled by the Indian airforce and currently no civilian planes are allowed to land after 10 pm. 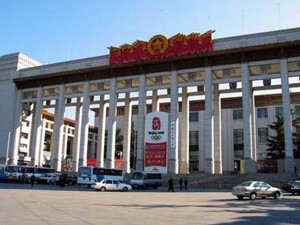 The National Museum of China is at the tail end of a renovation which will modernize the museum and more than triple its exhibition space.  The world’s largest collection of Chinese antiquities is housed here.  The museum covers Chinese history up until the end of the end of the Qing Dynasty.  The oldest item on display is the remains of Yuanmou Man, dating back 1.7 million years. ...